The Staycation Diaries: Part One 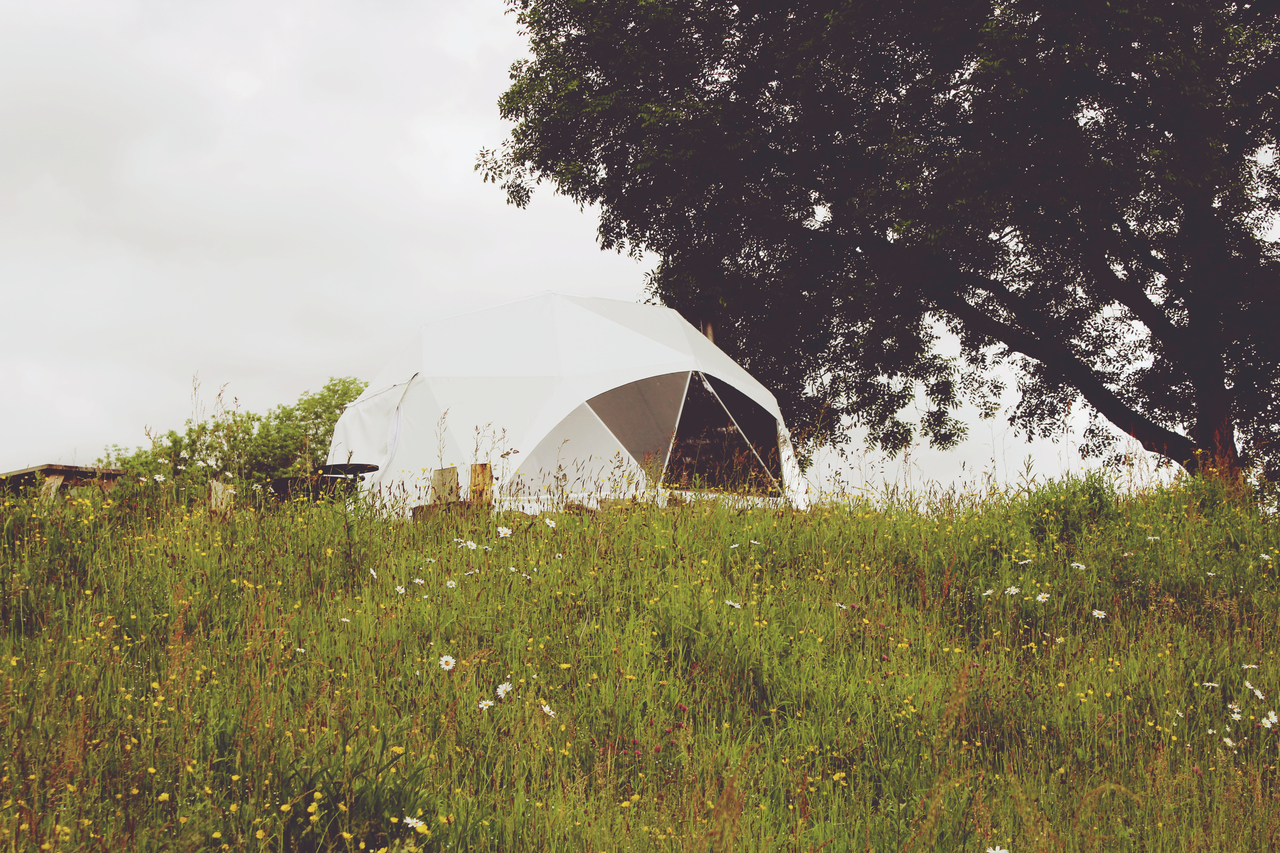 So as you may have noticed here on the blog, I took a few weeks break over this summer. It’s been a crazy busy one so far, and I almost feel like we’ve been out of London more than we’ve actually been home! But, I’m back to a regular schedule now, and although I have a few more trips planned over the coming weeks, it shouldn’t disrupt my usual schedule of Wednesday blog posts and Sunday videos. So, where have we been? Well aside from visiting our respective families in Wales and the Midlands, we thought we’d extend our staycation, and drive up to Scotland to do some glamping. If you’re like me, and spend half your life on Instagram, it can feel like everyone is off somewhere exotic and super luxe, that’s not within your budget. Staycationing is such a great idea, as you get a well-deserved break, there’s not as much travel involved, and it’s less of a financial strain! 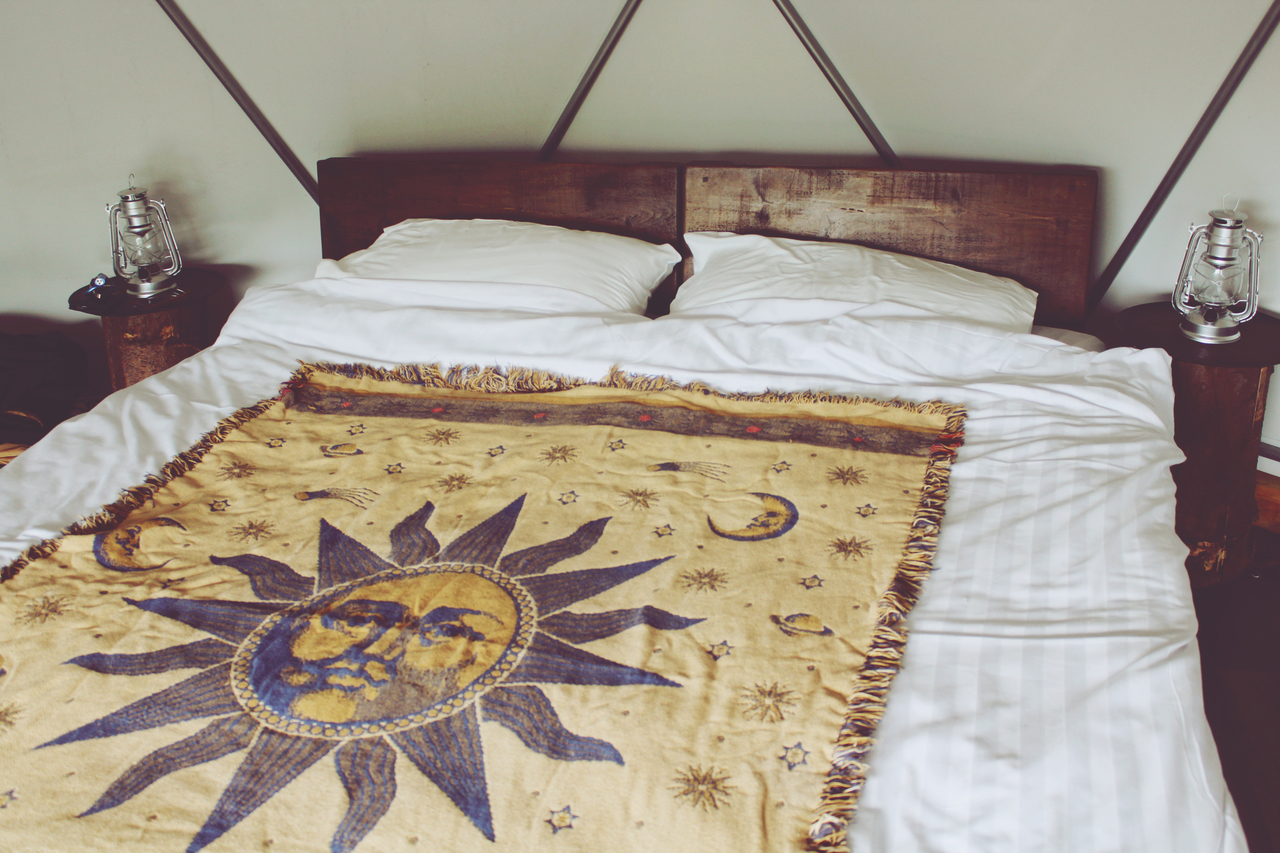 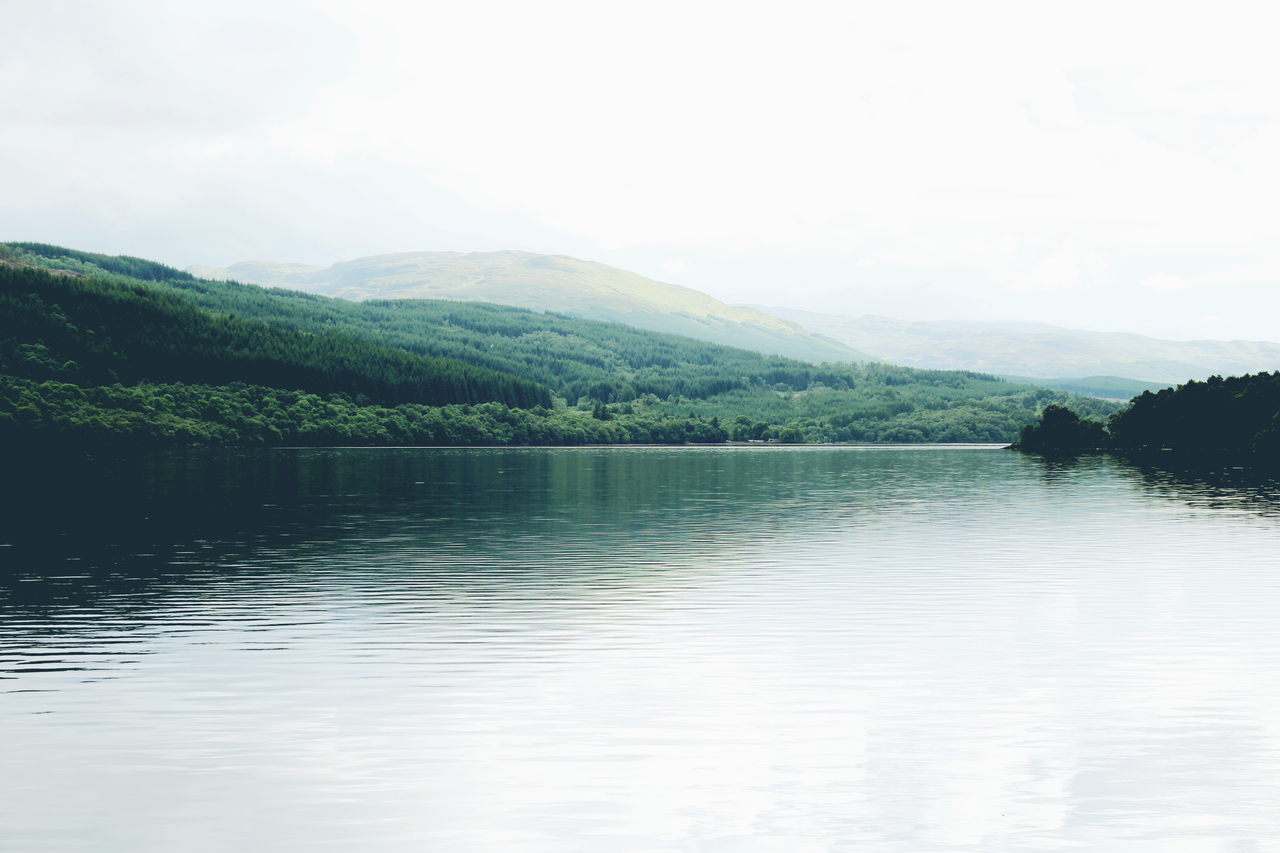 So, because I love doing everything on a budget, I thought I’d bring you The Staycation Diaries; a little look into our Scotland trip, which was super dreamy, but definitely didn’t break the bank. Over the next two weeks I’ll be bringing you shots from our stay, with a vlog also going up this weekend of the trip too, to show you don’t have to go far or spend a lot to have a fantastic holiday. Furthermore, at the end of this month we’ll be away camping again in Wales, so I’m hoping to put together another vlog and couple of blog posts on that trip, to make finding a great staycation super simple for you, before summer’s out! 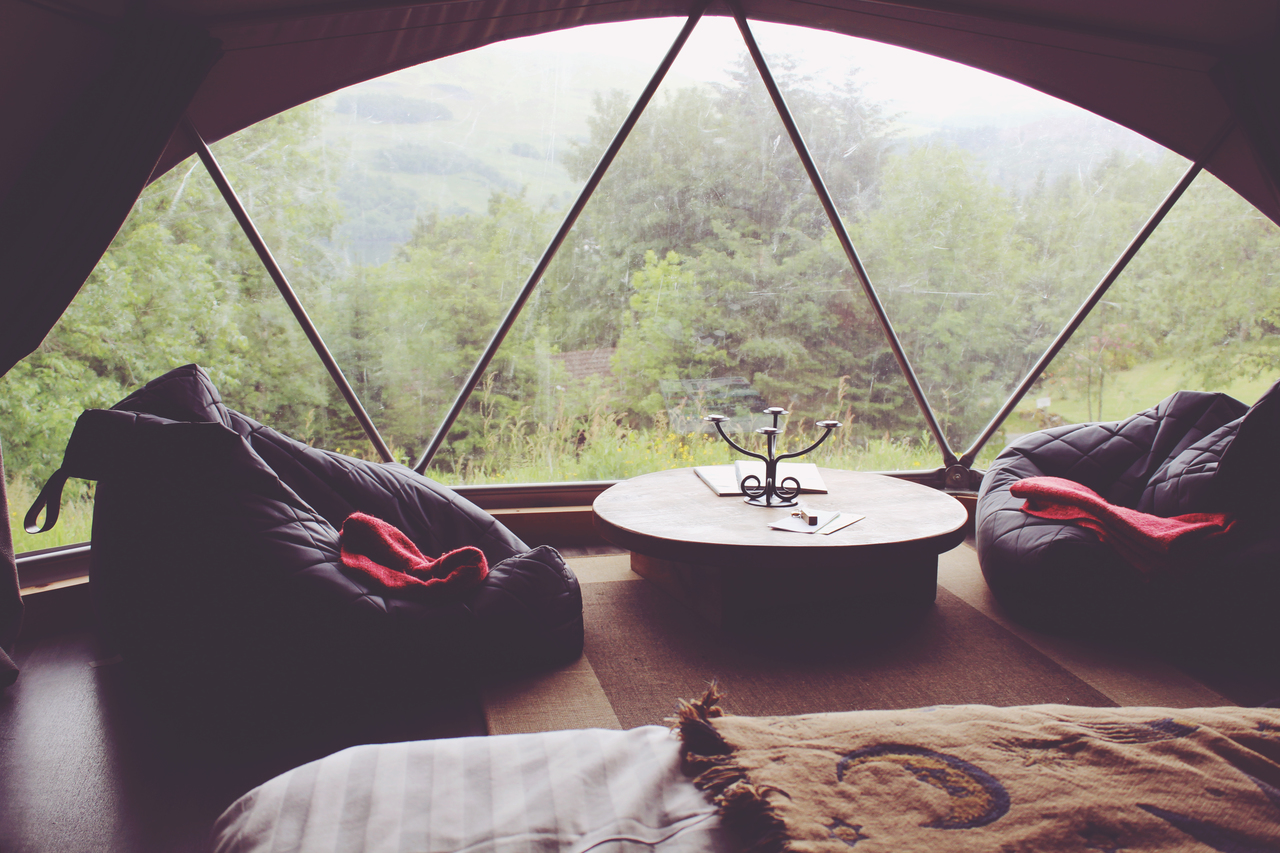 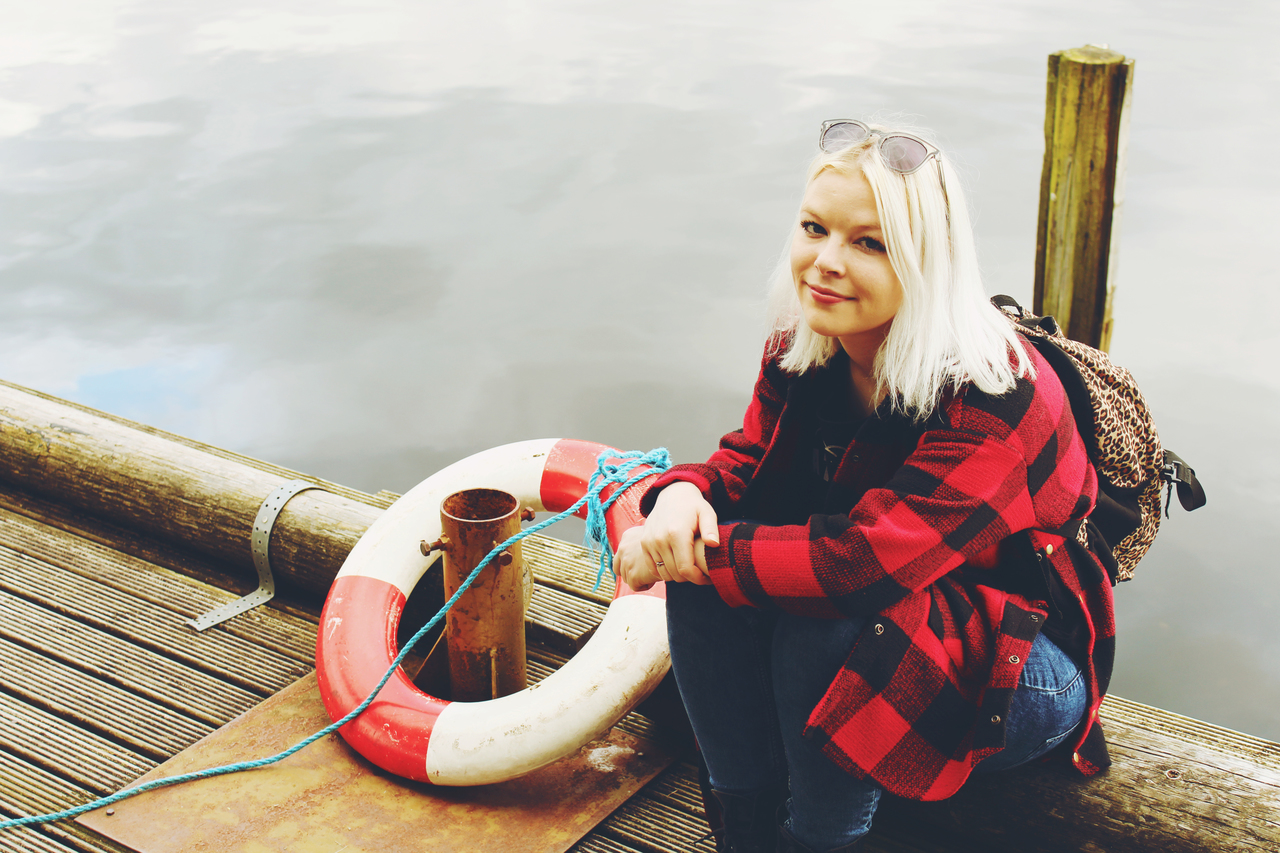 Let’s talk Scotland. While I’ve travelled Scotland pretty well, thanks to many camping holidays as a kid, my boyfriend had never been, and it seemed like a good choice to truly feel like we were getting away from everything. We wanted wilderness, and boy did we get it. Although we wanted the feeling of the wild outdoors, we wanted something a tad more upscale than camping, knowing we’d be doing real camping only a few weeks later. We opted for glamping, having never done it before, and came across Loch Tay Highland Lodges, on the side of Loch Tay, as the name would suggest, up in the Highlands, in Perthshire. We found the site via the Visit Scotland website, which is a great resource if you’re heading up there. We spotted a photo of the glamping domes they offered, and instantly fell in love with the idea of spending a midweek break in one of them. 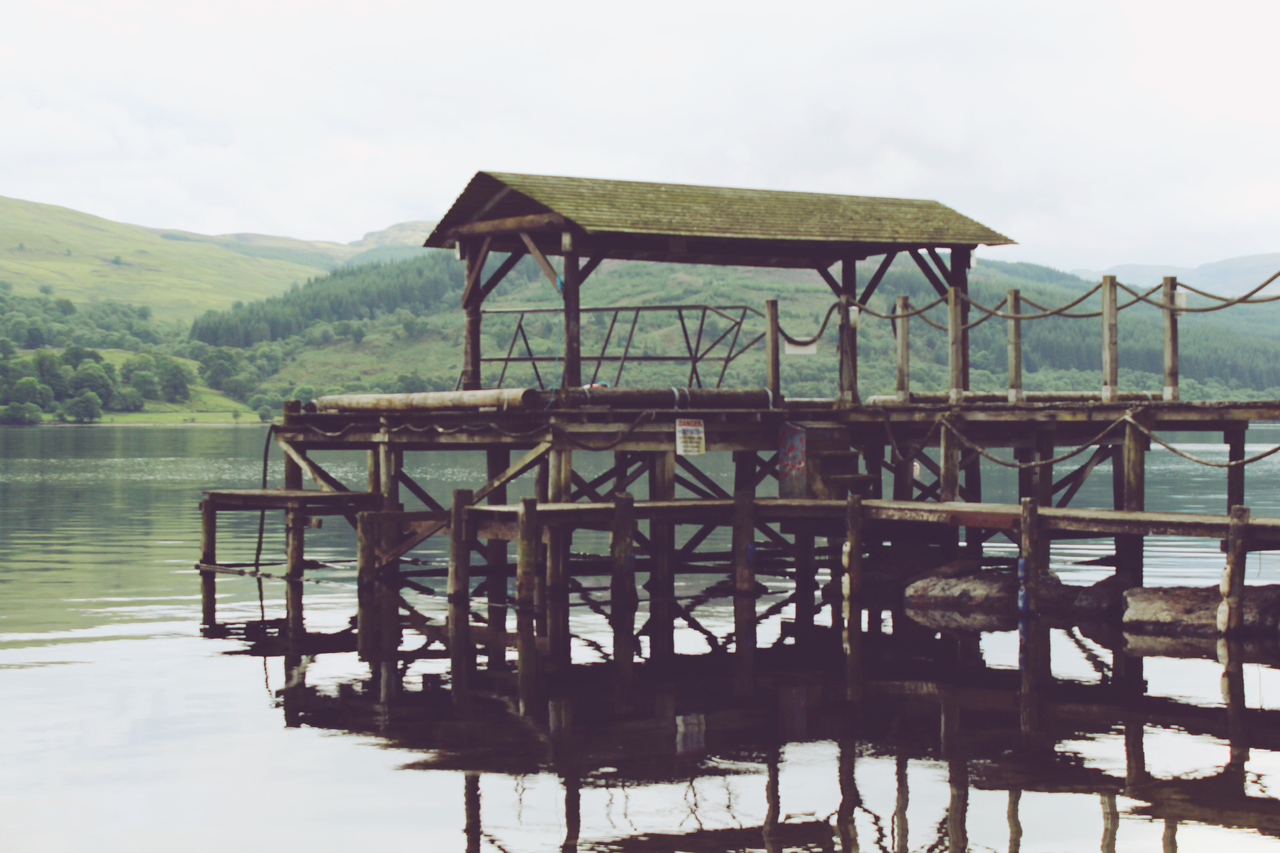 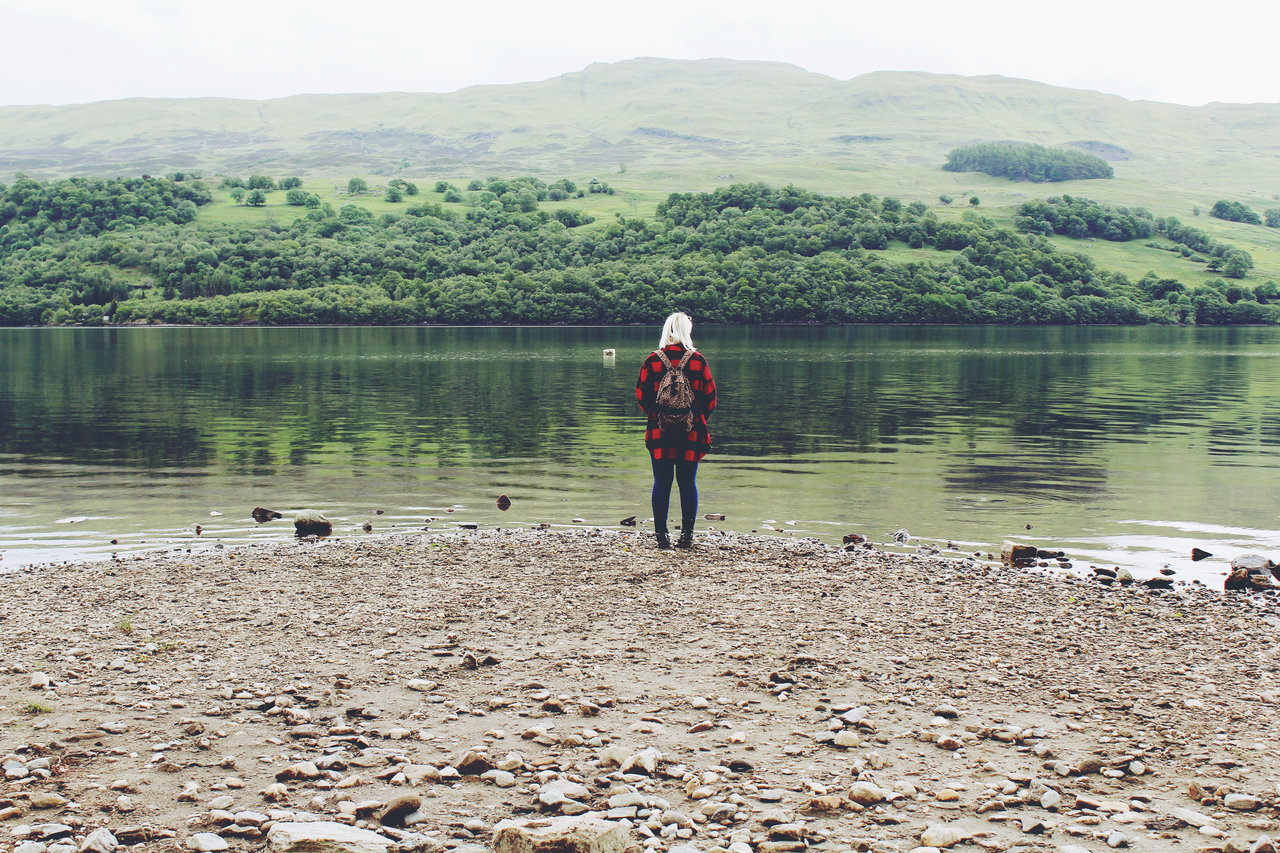 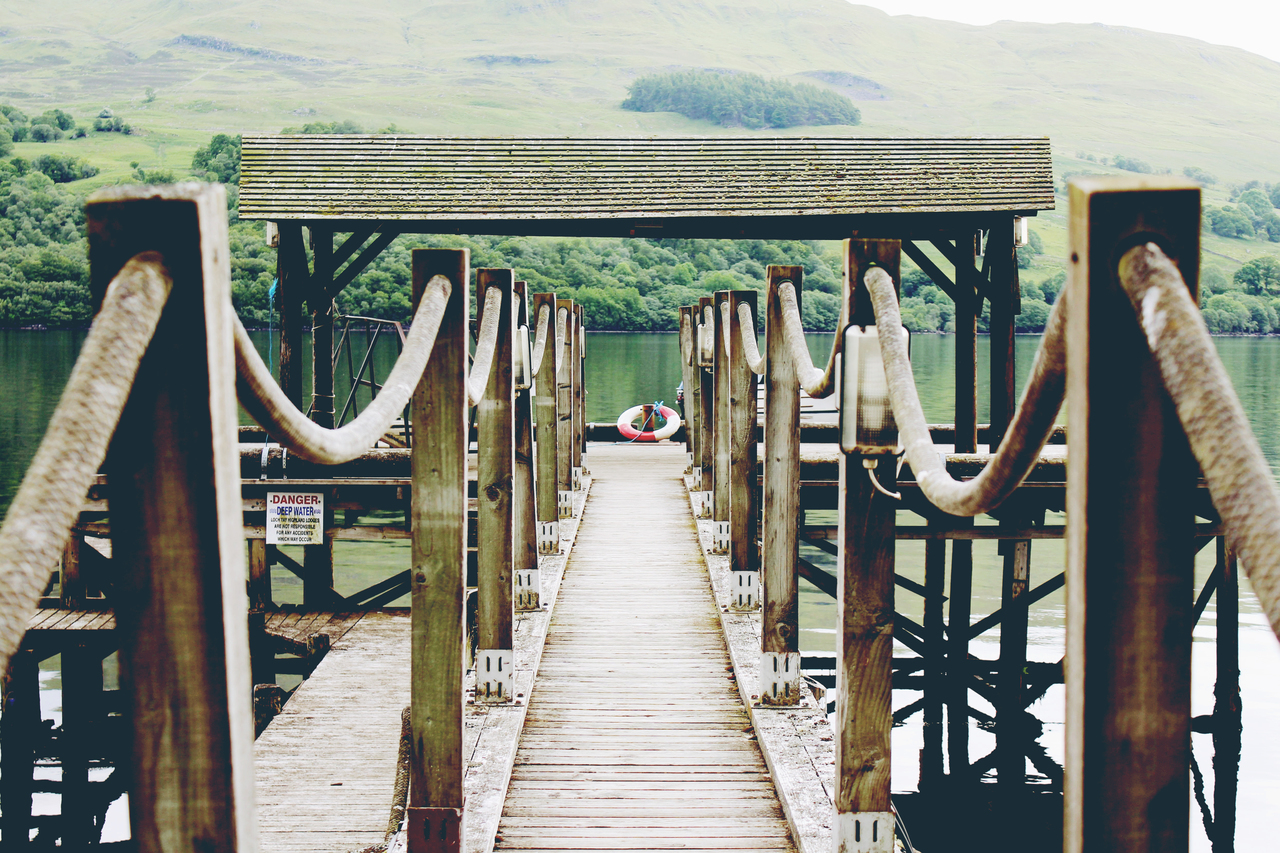 At £75 a night, they’re obviously not as cheap as taking your own tent, but I can 100% say that they’re worth it, and compared to a hotel room, it really is a great deal. The view alone was worth the money, as our dome overlooked the forest and loch, aswell as the towering mountains opposite. It truly was breathtaking. Inside is a hardwood floor, wood burning fire, low table with super cosy bean bag chairs to watch the sun go down in, a comfy double bed, and two night stands complete with battery lamps. As with a lot of camping, there’s no electricity within your pod, but we didn’t miss our electricals, and simply kept our phones alive by switching them off when we weren’t using them, and charging them up in the car when we took it out for a drive. The facilities are far superior to any I’ve had on campsites before, showers and toilets are in a cute, modern cabin building on the edge of the woods, and right next door is a building kitted out with all the kitchen appliances you could ever need. 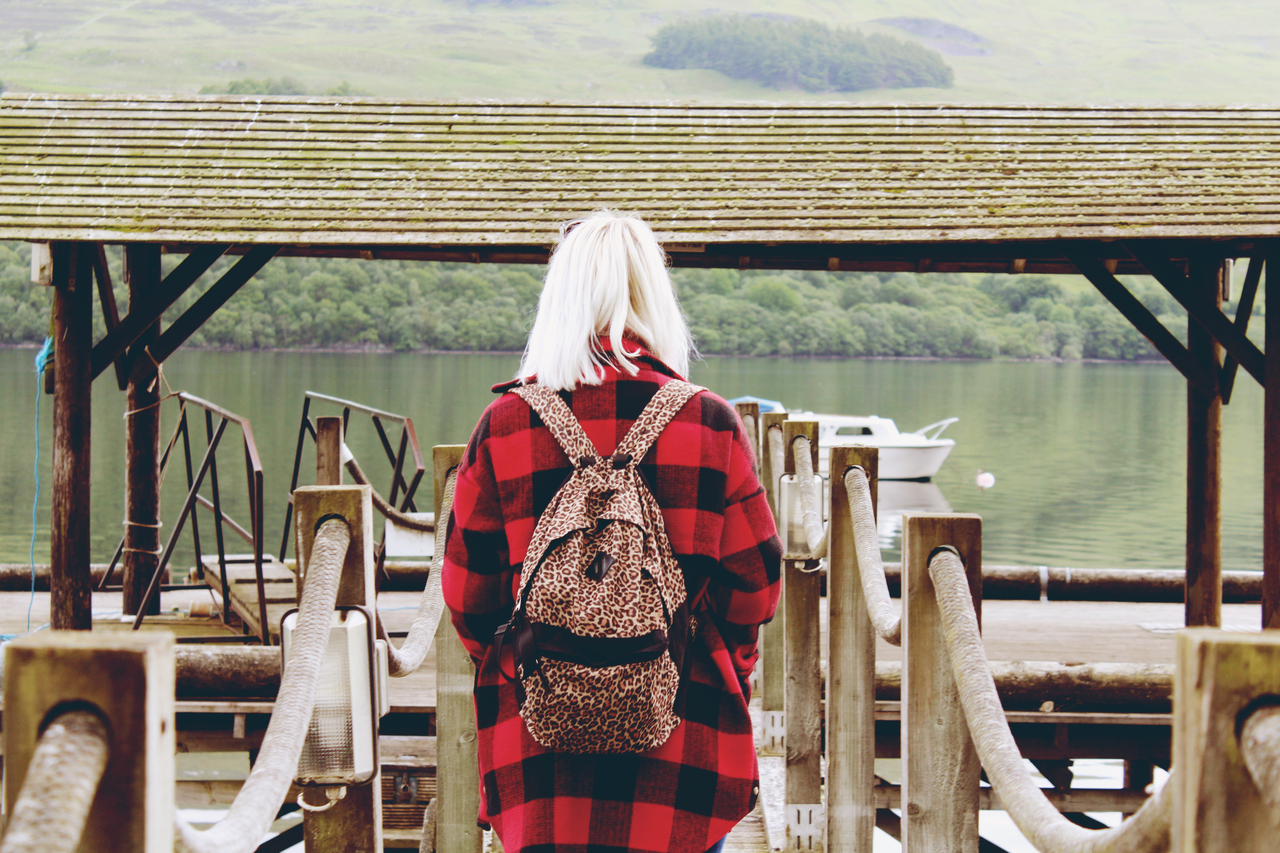 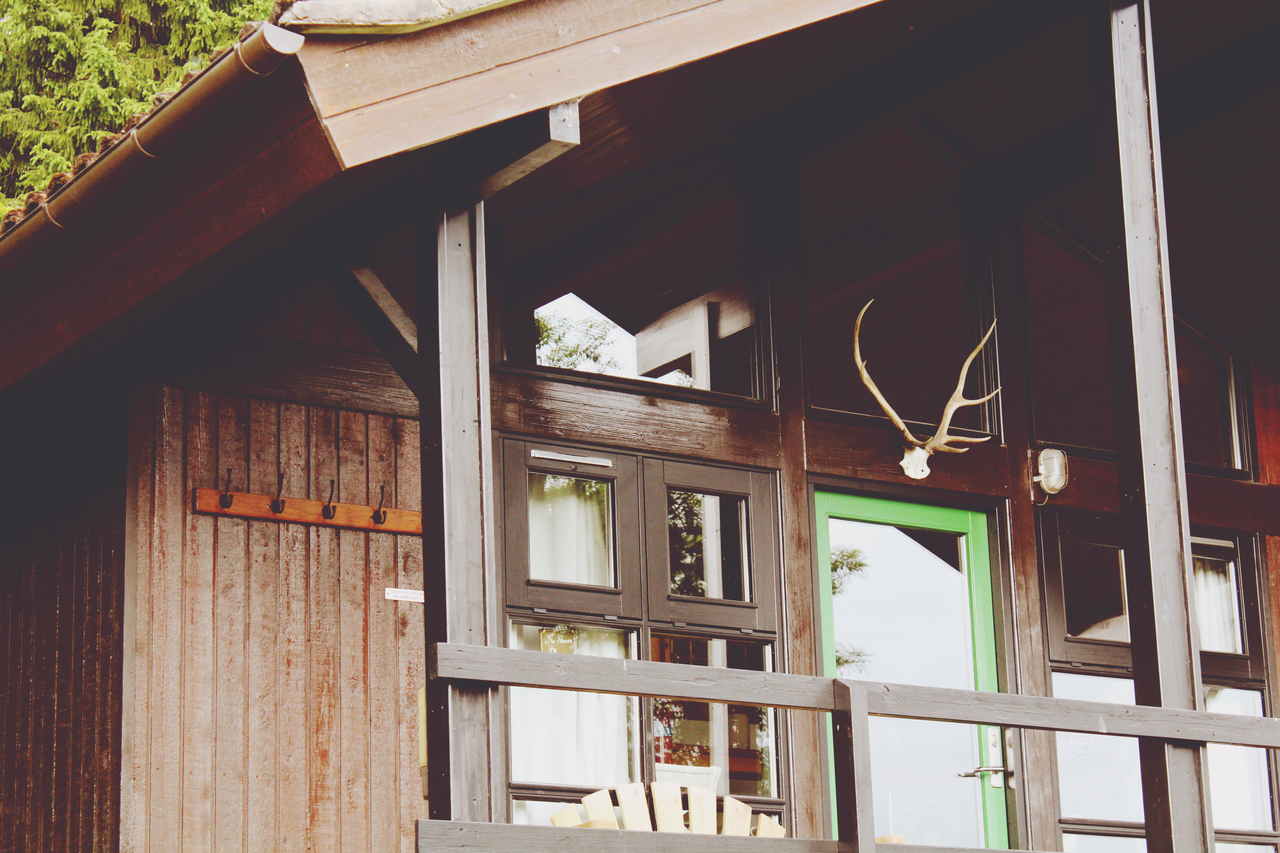 As we were on holiday, and not there too long, we actually didn’t find ourselves cooking a meal, and instead ate out during our stay, for a little break from the stove! If you wanted to do a BBQ, or even roast marshmallows though, you do get your own fire pit and seating area outside each pod. As the nearest town is 5 miles away, the best thing we found to do, was eat on site at the Boathouse Restaurant on the marina, right down on the side of the loch, which is still part of the site. They even did takeaway, which was perfect for nights where you wanted to chill in your dome and not sit down formally in the restaurant itself. 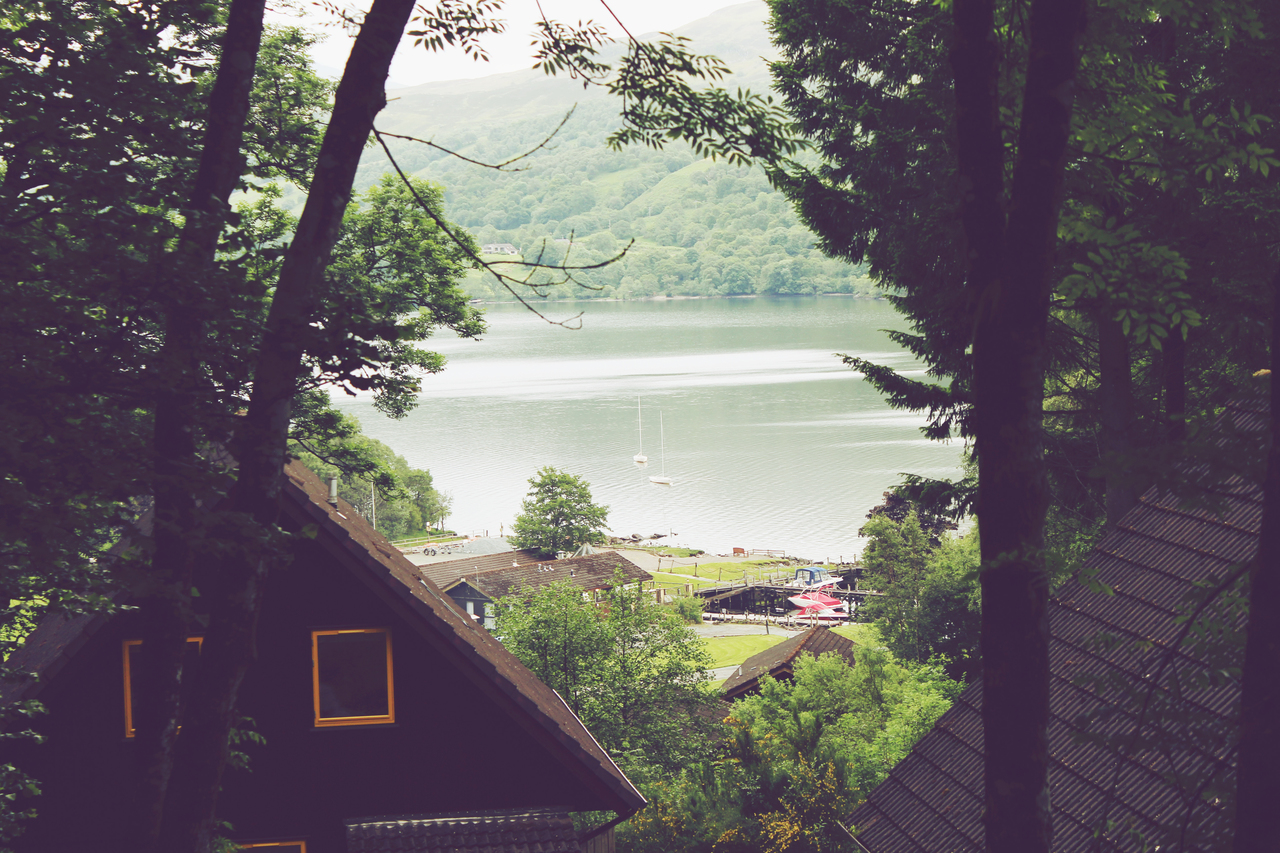 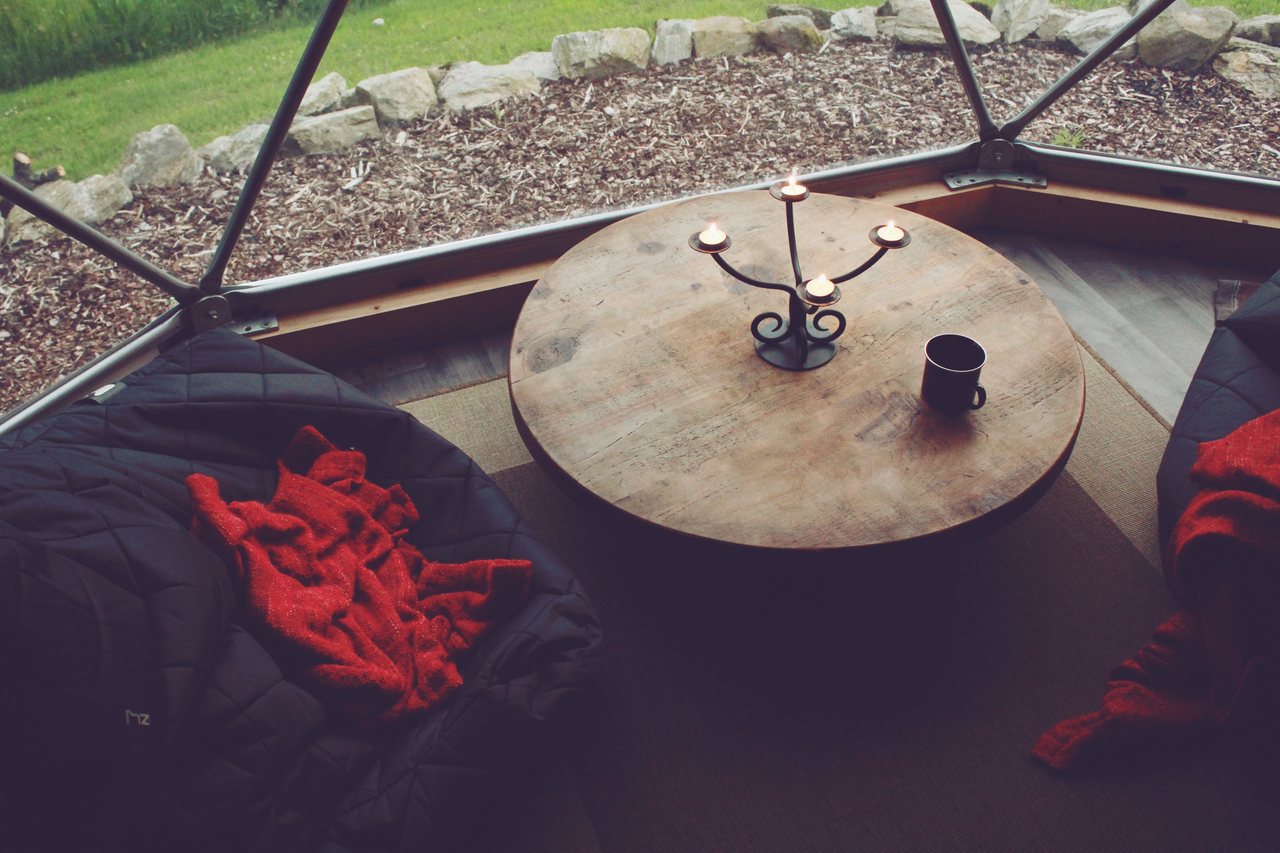 We honestly had the most amazing, chilled time and I’d recommend it to everyone, especially couples looking for a long weekend escape, it was the perfect antithesis to bustling London life and was exactly what we needed. Being so rural for a little while really does do you the world of good, and we loved just being able to throw ourselves into so many outdoor activities, visiting little towns along the loch and soaking up the rich history of the area, there’s so much to see and do, despite the feeling of being more cut off, which we totally embraced. I will say I was not expecting to have such stellar phone signal and 3G, which was a welcome surprise, but I used it sparingly so I could truly immerse myself without feeling like I was behind a phone screen the whole time! Sometimes you do just need to switch off! So that’s all for today’s little introduction to our trip, I hope you enjoyed it! As I mentioned my vlog of our trip will be going up on Sunday, and this time next week, the second part of our Staycation Diaries will be going up featuring all the things to see around Loch Tay, and what we got up to! Until next time…