Hello and welcome to this week’s She Hearts Sunday! This week I have three great hearts for you, that take the form of a lookbook, a new TV favourite and a summer styling video. If you want to be inspired or entertained on this super lazy Sunday, then look no further, I’ve definitely got you covered.

She Hearts…Top Of The Lake

I’m a little late to the party on this one, but I have become completely engrossed in new TV drama Top Of The Lake. For Mad Men fans, it’s a must-see, not for its similarity, but for Elisabeth Moss a.k.a Peggy, who gives a killer performance in this six-part crime drama set in New Zealand. It’s got me seriously hooked, and I’m only three episodes in, but all six episodes are available to watch on BBC iPlayer in the UK and shouldn’t be too hard to find online if you’re not.

When I spotted this on Pinterest earlier in the week, I was pinning like crazy and have quickly fallen in love with this tomboy-esque shoot for Revolve’s latest lookbook. The clothes are offset with more typically masculine dirt bikes, buggies and related paraphernalia, and I think it looks super slick with the juxtaposed smart feminine looks. You can check out the whole lookbook here. 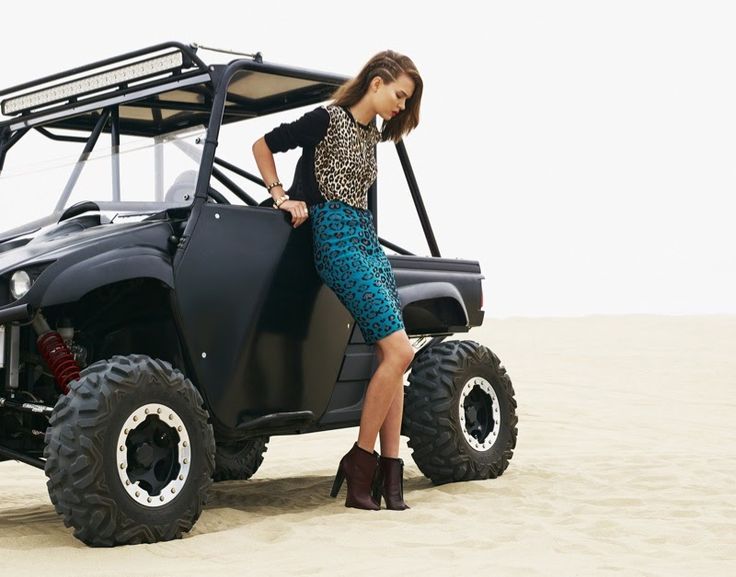 I’ve only just recently discovered Lilisimply’s great Youtube channel, and have quickly fallen in love with her cutesy style that has a certain edge. She manages to epitomise some summer outfit ideals in her latest two-part lookbook, which has helped me plan my holiday wardrobe no end. If there’s still some summery outfit love left in you, then this is the one for you, (part 2 here).

That’s it for today’s She Hearts Sunday, let me know what you think about this week’s pick by leaving me a comment below or tweeting me @MillieDelacoe. Have you been watching Top Of The Lake? I’d love to know! Until next time…